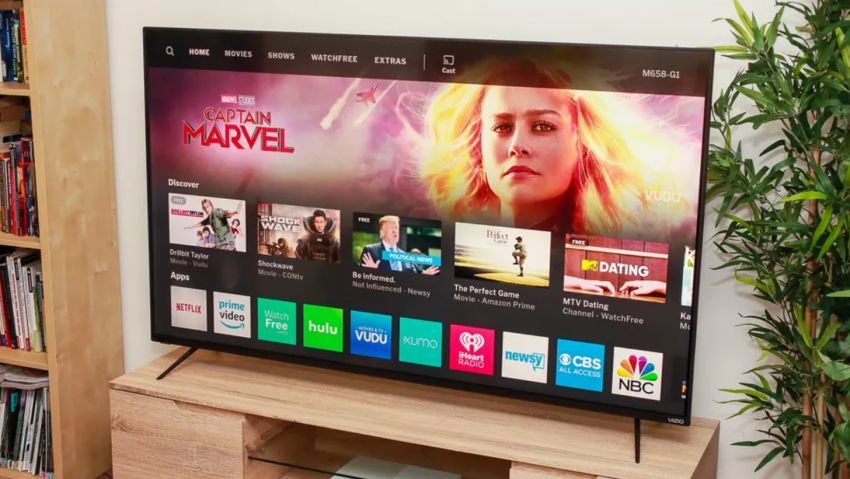 The Good The M-Series Quantum has excellent picture quality for the money, with deep black levels, accurate color and very good 4K HDR performance. Its smart system is phone-friendly, with Google Cast and Apple AirPlay control.

The Bad Less HDR punch than some competitors. Poor remote and on-screen smart TV system. Many models named M-Series Quantum won’t perform as well as the one we reviewed.

For years Samsung has been selling TVs with quantum dots — tiny molecules that improve the color on LCD TV screens — under its QLED brand. Now Vizio, after putting out just a single TV model with quantum dots in 2018, is going quantum with a vengeance this year. Vizio’s onslaught of 2019 dots starts with the affordable M-Series Quantum, which costs hundreds less than any Samsung QLED.

The M’s picture is excellent, in the same league with more expensive sets like the Samsung Q7 and Sony X950G in my side-by-side comparisons. Each has its strengths and weaknesses, but in terms of pure image quality it’s tough to justify spending more for one of those sets over the Vizio.

But what about spending about the same on a TCL 6 series? That Roku-powered TCL is my current Editors’ Choice TV, but it’s more than a year old and lacks quantum dots. In my comparisons the Vizio did show superior HDR color to the TCL, but the TCL won in other areas, in particular brightness. I’d still recommend the TCL to most buyers because of its superior smart TV system, but the Vizio is still an excellent choice. As long you make sure you’re getting the right model of M-Series Quantum.

Unlike most TV makers, Vizio often includes TVs with significant variations in the same series. Unfortunately, the differences between models in 2019 M-Series Quantum are major enough that I had to exclude the majority of 2019 TVs in the series from this review.

There are two distinct sub-sets of 2019 M-Series Quantum TVs, one with a “7” in the model name (which I’ll call M7s), and ones with an “8” (M8s). The M8 models cost more, have more local dimming zones and higher brightness. Otherwise the M7 and M8 have essentially the same features and specifications, including quantum dots. Here’s how they break down.