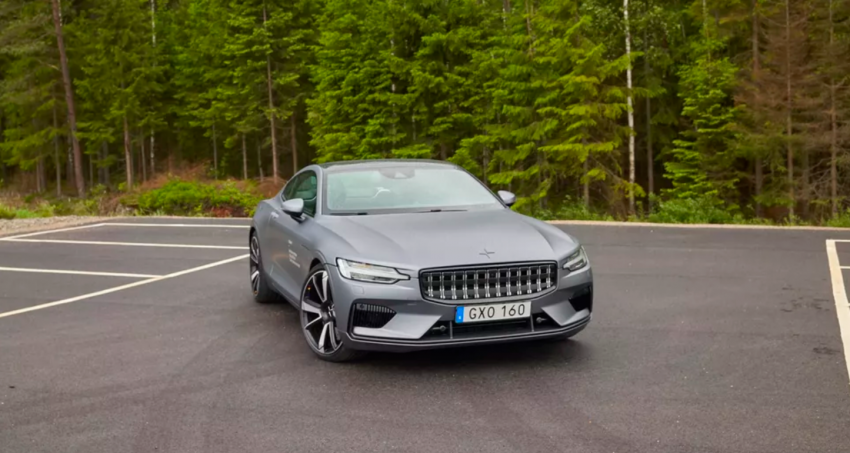 When launching a new brand, it’s important to immediately define what sets you apart from the competition — to lay out your USP, your Unique Selling Proposition, as clearly and as quickly as possible. That’s especially important in the modern automotive world, where nearly every car is so good that a purchase decision may come down to whichever brand message better resonates with the buyer.

That makes the Polestar 1 a somewhat curious proposition. While the Polestar brand is already reasonably known among enthusiasts, surging into the hearts and minds of many in 2010 thanks to the outrageous C30 Polestar Concept, it’s the Polestar 1 that must similarly enlighten the rest of the world. No longer just a label signifying a higher state of tune of a Volvo, Polestar must establish itself as something truly different.

And so it’s interesting that this Polestar 1 is thoroughly a Volvo, yet also so much more.

The origin of the Polestar 1 fascinatingly dates back to the 2013 Frankfurt Motor Show, where Volvo rolled out something called the Concept Coupé. Nearly every person at the show, and many watching from afar, were smitten by the stately, sophisticated thing that did a remarkably good job of integrating styling cues from Volvos of yore (most noticeably the P1800) while also pointing toward a strong future.

This car would preview many of the styling cues we’ve come to know and love in the modern Volvo, starting with the 2015 XC90. Those Thor’s Hammer headlights, the Sensus infotainment system in its vertical display and even the big, chunky volume knob beneath. But while the Coupé provided an abstract, Nostradamus-style sneak peek of things to come for Volvo, for Polestar it served as a template for the company’s first production car.

The Polestar 1 is basically the Concept Coupé made real. Few cars have made the transition from concept to reality more directly, and as such the Polestar 1 is something to behold when sitting among real cars on real streets.

Conversely, what’s most striking about the Polestar 1 is how understated it is — or, at least, how understated it will be once it sheds the over-abundance of decals seen on this preproduction car. You’d never know this was a 600-horsepower luxury coupe with one of the most advanced hybrid systems on the market if it didn’t literally say so on the doors. There are plenty of performance cars available for those who feel an innate need to advertise the nature of their possessions. For those who’d rather take the quieter path, content in the knowledge of the abilities of their chosen car, there’s the Polestar 1.

That’s not to say the Polestar 1 isn’t a looker. Those Thor’s Hammer headlights look more purposeful here than in any Volvo, while the sharp lines on the rear fenders look so good you’ll look forward to those quiet Sunday morning bathing sessions in the driveway, just for the excuse to run your hand along the creased carbon fiber reinforced polymer that forms the basis of this car’s bodywork. It’s a surface that Polestar says saves 400 pounds, but don’t let that make you think this is a featherweight. This is a car that weighs a whopping 5,180 pounds — that’s roughly 200 pounds more than a Bentley Continental GT.