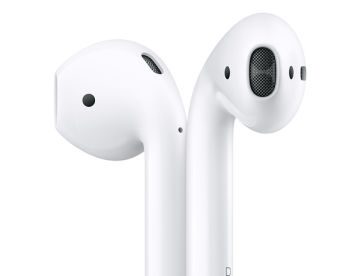 Apple’s updated AirPods don’t pack many thrilling upgrades, but the improvements they did get make for more seamless, convenient use. Because of that, little about the new AirPods are worth the upgrade for existing owners — that is, of course, unless their batteries are starting to go south. Even so, Apple has smoothed down enough of the originals’ rough spots that they’re a fantastic option for iOS users who are more concerned with ease-of-use than stunning sound quality.

In the two and a half years since they were first released, Apple’s AirPods have undergone a remarkable transformation. What started out as Q-tip-shaped curiosities have become a full-blown millennial status symbol. Now memes run rampant and a YouTuber can clear 600,000 views with a “proposal” video involving Apple’s wireless earbuds. (What I can say? The future we live in is weird sometimes.)

Beyond their newfound coolness, these earbuds have also brought Apple considerable financial success: A recent report suggests that the AirPods are the most popular wireless headphones in the world, and some would-be rivals have dropped out of the market entirely because of their dominance. I doubt even Apple saw this kind of cultural and commercial impact coming.